Kinloch – King of the Lake 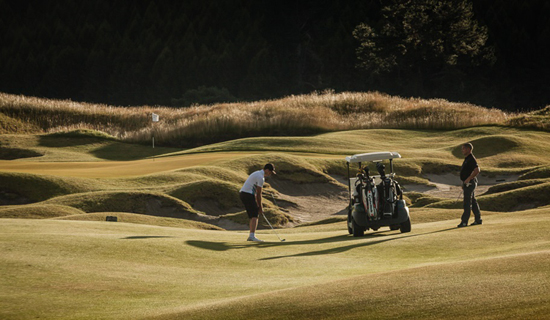 One of the perks of producing Golf Getaway is getting to play on some of the world’s finest golf courses and stay in some of the most desirable lodges and resorts on earth.

When I knew I was going to be playing / shooting at Kinloch and staying at their sister property Treetops Luxury Lodge and Estate, one of New Zealand’s most exclusive hunting and fishing lodges, young Mirror couldn’t wipe the smile off his face.

Treetops is situated a few kilometres south of Rotorua the Maori cultural centre of New Zealand and the stunning drive though rolling farmland, winding pine forests and native ferns was a precursor for what was to come.

I had no idea what to expect but as soon as the massive 3 metre high doors, surrounded by a natural waterfall opened and I was greeted by Harri the chief of Operations it was like I had stepped into another world and I could tell immediately that this was not your average resort.

The main entrance hall is lined with old fly fishing rods, and hunting memorabilia and what must be the biggest open fireplace I have ever seen. Not to mention the four trophy mountain goats that were trying to scale it. 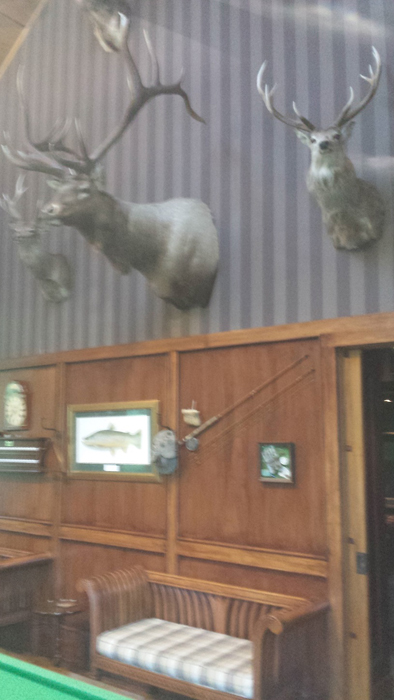 In the adjacent room over 6 massive stag heads line the wall making me feel like I had just walked into a scene from the arcade game Big Buck Hunter.

After a guided tour and sharing an incredible fine dining experience with two American couples – whom one of them I managed to convince to do his own fly fishing show – it was time to retire to my palatial lodge – Picture a 5 star mountain chalet in Switzerland but made of stone and surrounded by a blanket of tranquil deep green New Zealand ferns and native forest. This is Treetops.

Life is good – but it gets better.

I awake to the perfect day knowing I am playing the majestic Jack Nicklaus designed The Kinloch Club, situated on the shores of New Zealand’s and the Southern Hemisphere’s biggest lake, Lake Taupo.

The name Kinloch is derived from a Scottish name meaning Head of the Loch (or Lake in this case)and is surrounded to the east by large, forest and native grass lined paddocks that disappear up into the hills and to the south by the Lake and Mt Ruapehu and Tongariro – two volcanoes.

As I arrive I can see the fairways easing their way through the rolling hills of what looks like a typical kiwi farm.

On closer inspection I can see how the links style golf course has been perfectly positioned to fit the natural landscape.

It’s not until I meet my playing partners Tom Long, the head pro of 8 years and Louis De Bievre the General Manager of Lodges at South Park Lodges (the owners of Kinloch) that they explain how almost every undulation, including the sheep rubs (the lines that sheep make when they all walk in the same line) have actually been placed strategically by the shaper Jason Garton (who also shaped Kingsbarns in Scotland.) That’s right they are man-made sheep rubs – now that’s attention to detail! 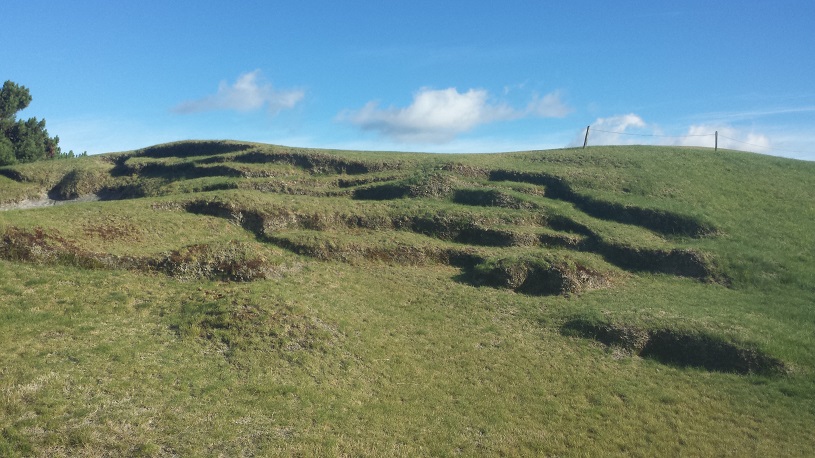 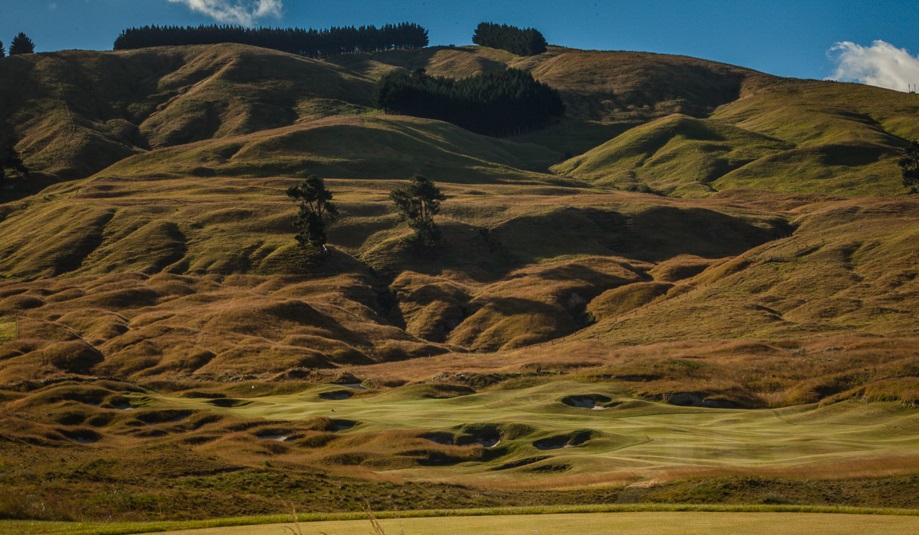 One the 5th and 6th holes, as they weave their way up into the hills you can really feel the influence of the Scottish highlands and a tinge of Middle Earth – made famous by New Zealand’s fascination with hobbits.

A real stand out for me is the length of the par 3’s – the 224 metre fifteenth must be one of the longest par 3’s in the world and tough! With magnificent views of the lake you have to tee off slightly downhill to the right of the hole, hoping it will feed right to left to the green.

If you miss left you drop off the plateau green down a sheep rub lined cliff face to a grassy quarry area below – which only a solid flop shot up and over the imposing vertical cliff will see you saving par.

Another stand out are the undulations on the greens – you could be mistaken for thinking some of the greens were Maori burial sites there were that many lumps in them. They present a true test for great putters and for those not so good they can easily end up costing you 3 to 4 shots.

Today was not my day to play great golf and it’s a pity because Kinloch is that good it deserves to be played properly. Louis tells me they are building a modern day Scottish Castle above the 18th green where guests can stay and play til their brave hearts are content –

“Should be finished in November and promises to make Kinloch one of the world’s best golf resorts” he says.

Hopefully I didn’t disgrace myself too much today so that I can get a return invite in a few months.

Who needs an invite – I will be back at Kinloch anytime!